“I’m happier when stocks are going down because that way I can buy more of ‘em for the same amount of money.” – Warren Buffett

Markets and life are often full of counterintuitive truths such as the quote above.

Currently I’m reading Don Quixote by Miguel de Cervantes which offers no shortage of these. For the unaware, it’s the story of an elderly Spanish hidalgo who loses his mind from reading too many chivalric romance novels. He subsequently attempts to revive knight-errantry, a long-outdated concept even by the time the book was published in the early 17th century. Considered to be the first “modern novel”, one technique used by Cervantes was to employ a study of opposites. He paired the lofty and idealistic Don Quixote with the stout, grounded and simple-minded Sancho Panza. In counterintuitive fashion, the clearly mad Quixote offers tremendous insights on the human condition as shown in his monologues which are as lengthy as they are eloquent. Meanwhile the realist Sancho speaks mostly in strings of proverbs concerned mostly with the practical, frequently mixing up his words to hilarious effect. This note is written in the style of Sancho and leans heavily on the wisdom of others in the form of quotes to make its point.

Now on to markets. Markets have been ugly this year and the below table shows the full story. Despite this, Berkshire had its biggest quarter of stock buying since 2008. Clearly some of the greatest stock pickers of all time see opportunity. Nobody said “Buying Low” would be fun or easy. 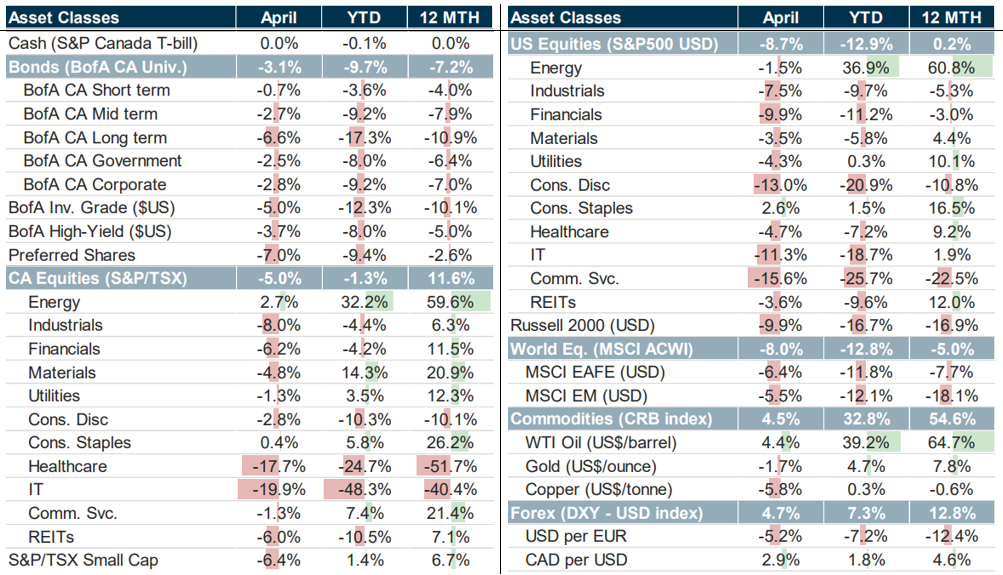 Given this reality, we’ve recently been writing a lot on market drawdowns. In the wise words of French novelist Alphonse Karr (and later misattributed to Yogi Berra), “The more things change, the more they stay the same.” This was written in 1848.

While the particulars of each situation will be unique, the lessons and actions (or often inaction) that should be taken tends to be consistent. For instance, our March 2020 commentary is as applicable today as it was when it was first written. So goes the circle (market cycle?) of life.

March: State of the Markets & Some Interesting Charts

These notes should really drive home a few points:

This is the reason why when you meet with us, we ask about life changes, updates to your goals and more. We want to get a handle on what “game” you’re playing and how we can help you achieve your financial goals. For instance, a 25 year old software engineer and a 95 year old pensioner likely have diametrically opposed goals for their finances. Neither is wrong, they are simply playing different “games”.

“If you view investing as a single game, then you think every deviation from that game’s rules, strategies, or skills is wrong. But most of the time you’re just a marathon runner yelling at a powerlifter. So much of what we consider investing debates and disagreements are actually just people playing different games unintentionally talking over each other.” - Play Your Own Game

Below is some insight from The Intelligent Investor and you can read more on some of the lessons from Graham here. Short of some outdated verbiage this is as true today as it was upon publishing in 1949.

“But note this important fact: The true investor scarcely ever is forced to sell his shares, and at all other times he is free to disregard the current price quotation. He need pay attention to it and act upon it only to the extent that it suits his book, and no more. Thus the investor who permits himself to be stampeded or unduly worried by unjustified market declines in his holdings is perversely transforming his basic advantage into a basic disadvantage. That man would be better off if his stocks had no market quotation at all, for he would then be spared the mental anguish caused him by other persons’ mistakes of judgment.” – Benjamin Graham

I hope this note provides some context as to our approach and our latest thinking. There’s no shortage of great commentary or feelings about strong markets and growing balances on statements. The point is to stay in the game long enough to allow that to happen. 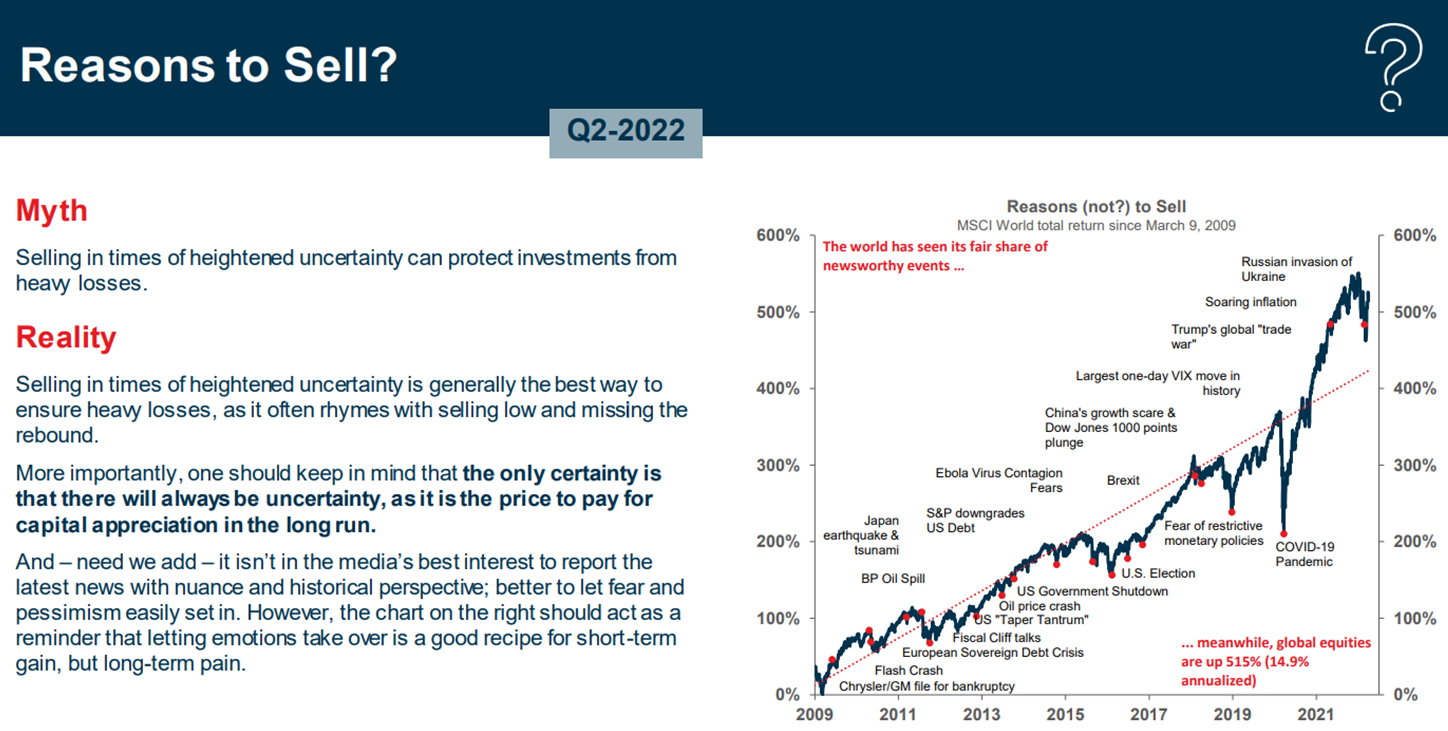